Welcome to Mary's Garden. I have something special today. First it's time for the garden tip. I have borrowed some tips on growing vegetables in the fall from Mother Earth News.
Tip 1. Starting Seeds
Tip 2. Think Soil First
Tip 3. Try New Crops

Several of the best crops for your fall garden may not only be new to your garden, but new to your kitchen, too. Set aside small spaces to experiment with nutty arugula, crunchy Chinese cabbage, and super-cold-hardy mâche (corn salad). Definitely put rutabaga on your “gotta try it” list: Dense and nutty “Swede turnips” are really good (and easy!) when grown in the fall. Many Asian greens have been specially selected for growing in fall, too. Examples include ‘Vitamin Green’ spinach-mustard, supervigorous mizuna and glossy green tatsoi (also spelled tah tsai), which is beautiful enough to use as flower bed edging.

As you consider the possibilities, veer toward open-pollinated varieties for leafy greens, which are usually as good as — or better than — hybrids when grown in home gardens. The unopened flower buds of collards and kale pass for the gourmet vegetable called broccolini, and the young green seed pods of immature turnips and all types of mustard are great in stir-fries and salads. Allow your strongest plants to produce mature seeds. Collect some of the seeds for replanting, and scatter others where you want future greens to grow. In my garden, arugula, mizuna and turnips naturalize themselves with very little help from me, as long as I leave a few plants to flower and set seed each year.

With broccoli, cabbage, cauliflower, and their close cousins, hybrid varieties generally excel in terms of fast, uniform growth, so this is one veggie group for which the hybrid edge is a huge asset. Breeding work is underway to develop better open-pollinated varieties for organic growers, but for now, trusted hybrids such as ‘Belstar’ broccoli, ‘Gonzales’ cabbage or ‘Snow Crown’ cauliflower are usually the best choices.

Finally, be sure to leave ample space for garlic, which is planted later on, when you can smell winter in the air. Shallots, multiplying onions, and perennial “nest” onions are also best planted in mid-fall, after the soil has cooled. In short-season areas these alliums are planted in September; elsewhere they are planted in October. 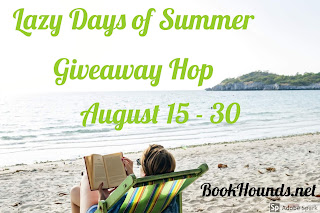 Please enter to the Rafflecopter to win two Review Copies of my stand alone Romantic Suspense: Classic Murder: Mr. Romance and Watching Jenny. There will be two winners.
a Rafflecopter giveaway

Today I'm showcasing my Romantic Suspense Series: The Beckett Series
All six books are on sale for $.99 through the 30th of August. 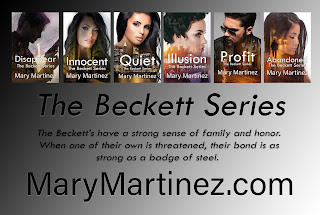 Thank you for dropping by, don't forget to enter the rafflecopter to win. And also all the Beckett's are on sale for $.99