Welcome to my garden. Today is OFF topic of writing. DNA, gardening apparently is NOT in my DNA. Speaking of that here is today's gardening tip...

If you have a black thumb, hire a gardener. Or marry someone who does well with gardening. ~~~ words of wisdom by Mary Martinez

Question of the day... How many of you have done your DNA? I know most of you think you know your background, but you may be surprised. I am adopted so in order to find my birth parents I took two DNA tests. The first one with 23andMe, this one is a little more expensive but it not only gives you your DNA it gives you health issues, etc. Things like what you're DNA is prone to, I have a good chance to have skin cancer. WELL this would have been nice to know before I got it on my nose. But all is well.

Ancestry is all about just that... Ancestry. I'm trying to build up my tree, but the problem is this, I 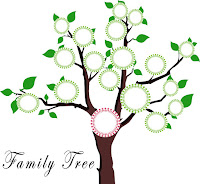 have names of my birth parents and their parents now, but my father passed away before I had the opportunity to meet him. I think he would have liked me. But his mother's last name was Dolan, do you know how many DOLAN'S there are? It's the the Smith's and Jones of a American only in Ireland. And her first name is Helen, again there is almost as many of those in Ireland and in New York, where she immigrated to, as there are Mary's.

Whenever I think I have the right one, I have no one to ask if the siblings they have for her are right. It's a bit frustrating. But I'm working through it. The funny thing is, over the years people have asked me what nationality I am and I've always said I'm adopted so I can be whatever the hell er, heck I want and I say Irish. And turns out I'm 49% Irish and about 40% British which includes Scottish. My birth mother side has the Scottish Anderson and a bit of German and a few others.

I got my son's DNA because I figured I only needed to do one child and that would tell me what they were. Oh no! I found out that each child get's so much DNA from each parent and it's not always the same amount of DNA, like it's not 50/50. One child can get 90% of one parent and 10% of the other. While another child can have 40/60 or even 50/50 or even 95/5. Who knew? Certainly not me. Now I'm going to have the others done, just to see.

My sister-in-law fully expected to see that she was close to 100% Southern American or Spanish which if you're from Spain it comes up Iberian. She found out that she is 30% Greek. She has NO idea where that came from. My husband who thought he'd have all his ancestry from South American is 60% European (27.3% of that is Iberian) and 24.1% Native American. Which encompasses North and South America.

You just never know. Yet somehow I knew deep down I was Irish. And believe me I'm embracing my Irish for all it's worth!

Do you have a DNA story? I'd love to hear all about it!

And back to writing. DNA can bring in a bit of mystery to a story. I think I may use it at some point!

Have a good week.
Labels: Ramblings

Melissa Keir said…
I know a lot about my family and family tree. Many of my elder relations studied genealogy and went back to the old country to meet family. But even with that, I'd like to see. You know how they say you have your grandfather's nose?? Well I have certainly got that! And the chubby cheeks of another grandmother.(or square chin)
6:41 AM

Vicki Batman, sassy writer said…
Hi, Mary! I've been so tempted to do the DNA thing. I know bits about where ancestors came from. And there are some papers and binders with things in it. But the DNA thingy sounds cool.
10:29 AM

Judy Baker said…
That's the one thing I want to do is my DNA. My sister did and was a little disappointed that our grandmother's Native American DNA didn't show up. I'm not sure who she used to get her DNA results, but I'm still interested and plan on checking mine out. Interesting post.
11:12 AM

stanalei said…
It's awesome that you had the testing done, Mary. I still want to do mine, even though I have a lot of our genealogy mapped out.
8:13 PM