Interactive story Prologue - It's going to be awesome!

Welcome to the Garden. Hurry and grab some goodies and a beverage, I’m very excited to get started. We’re going to start a project together. I’m going to write a story, but my readers are going to vote the way it goes. Confused? 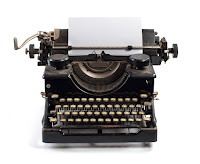 Don’t be. I’m going to post a novel one blog post at a time. And it’s anyone’s guess how it ends because together we’re going to write it by the seat of our pants. There are two main types of authors. I’m sure there are very many variations in between. The first is a plotter; someone who plots out every chapter, some even every paragraph, along with story boards, etc. The second is a pantser: write by the seat of their pants. I'm a pantser. And this time not only am I going to write as I go, I’m going to give you choices to point me in the way you’d like to see the story go. Majority rules. If no one votes, it goes my way.

Just an FYI; if and when this story is published it will go through the usual critique partners, editor, and beta readers. In other words, this is a rough draft. But you have a chance to help me direct the story. Are you in? Let’s get started.

Title to be determined by you!

Carla dug her jeans out of the hamper next to the bathroom. Dang, her mom was supposed to have done the laundry, but as usual she was too busy. They were having a school program today, and she had told her mom that she wanted to wear her favorite jeans with her red blouse. Not only that, but her mother had to work and would be missing her program again.

She took a deep breath and shrugged, nothing ever changed in the Morgan household. She couldn’t really blame her mother. She worked multiple jobs just to keep her brother and herself fed and have clothes, and a place to live. Sometimes though Carla just wanted to have her mother see her in one performance, was that too much to ask? Like her friend’s mom.

With another sigh, Carla got ready for school making sure she had enough time to get her little brother ready. He depended on her, he was only seven, she was ten and it was her responsibility to get them both breakfast and to school. Their mom would come home on her lunch break and fix dinner and have it ready in the fridge for them to warm up when they got home. By then she would be at her second job. If only…

“Come on Johnny, we’re going to be late.”

Johnny stopped and folded him arms, long enough to glare at her before he said anything. “My legs are tired.”

Carla rolled her eyes, she’d been going slowly for him to keep up, even though she’d wanted to run. Patience, her mother always said was a virtue. But sometimes Johnny made it very hard to be patient. The fact was, her little brother hated school because he was the smallest kid in his class.

“Come on, I’ll walk slower.” She grabbed his hand and urged him along. “Did something happen at school yesterday?” Silence met her question. She glanced down and noticed he was biting his bottom lip and staring straight ahead. At least he kept walking. She’d learned a long time ago, that if she pushed, Johnny would clam up, but if she let it go he’d tell her in his own time. He was embarrassed that kids made fun of him because of his size.

That was something new, he always said, sometimes in a rush and at great lengths. She glanced up, the school was right around the corner. A chill ran up her spine, as if something was very wrong. All of a sudden she didn’t want to go to school either. But her program was today, and she’d been practicing for weeks. She was going to kick ass—if her mother heard her say that or even think it, she’d kick Carla’s. But her solo was good and she knew it.

She glanced around, everything looked normal. Kids playing on the playground before school. Looked like every other day. She was just letting her little brother spook her.

“Why can’t you say, Johnny?” She knew she shouldn’t push.

“They said not to tell you, or they’d hurt you.”

“Me?” Shock ran over her. How could a bully seven-year-old hurt her? “Are they in your class?”

“No, they’re older and they’ve been taking my lunch every day.”

“Oh, Johnny. No wonder you’re so hungry when you get home.” Carla squeezed her brother’s hand. “We’re going to go talk to the principal right now.”

He dug his heels in and tugged his hand from her grip. “No, they said they’d kill you and one of them had a knife, he showed me.”

“Not if we have adults get them first.”

“No! What would I do without you?”

“Johnny, you won’t ever have to find out. Come on.” She looked at the watch she got for her birthday, she would be late. She didn’t care, this was more important.

She had to drag her brother all the way to the principal’s office, but they finally made it. Unfortunately, they had to wait for him. After what seemed like hours to Carla, and must have seemed longer to Johnny, if all the squirming he was doing was any indication. The office secretary motioned to them.

“Carla, Johnny, the principal will see you now.” Mrs. Simonson led the two through to the principal’s office.

Once the two were settled Mr. Jones stared at the two for a few minutes. Finally she blurted, “We haven’t done anything wrong.”

“Well Miss Morgan, I didn’t say you did. I’ve just been waiting to hear what the problem is.”

“Oh.” Carla glanced at her brother and darn Johnny, he was trying not to laugh.

Carla saw she was already twenty minutes late, if the clock on the back wall was correct. She quickly explained about the bullies and what they’d been doing.

“So what are these boy’s names?” He asked Johnny.

“They didn’t tell me their names, sir. And I was afraid to ask, I just give them my lunch.”

Carla patted her brother’s knee and winked at him. “Mr. Jones, could he tell you what they looked like? And maybe he could eat his lunch in his classroom until they’re caught?”

“I will talk to his teacher. I think that’s a good idea. Mr. Morgan, I’ll walk you to class today and if you see any of those boys quietly tell me. We’ll make sure nothing happens to you or your sister, deal?” He held his hand out to her brother and they shook.

Carla waited until the principal and her brother turned the corner before she headed in the other direction to her class. She had a note so she wouldn’t be in any trouble, and that was good.


Carla had that special feeling in her tummy, the one she got when her mother praised her for being such a good help at home. She’d known she was going to do well on her solo, and she had. She couldn’t wait to tell her mother.

The bell had rung several minutes earlier, but her brother still wasn’t out of the building. Where could he be? She would wait two more minutes in their regular spot before she went to his classroom to check on him. The special feeling was fading and the second chill of the day skated over her scalp. Had those bad boys done something to Johnny?

She wouldn’t wait, she’d go check on him now. She turned and took a step in the opposite direction, when she heard her brother calling her name. Swinging around she saw him, smiling and waving his puny arms. His one and only friend, Ted, sauntered along with him. She let out a breath of relief.

“Where have you two been? I was worried.”

“Sorry,” Johnny muttered, but then grinned. “Ted has a new game he wants to show me, can I go to his house, please?"

She did have home work, and if he was at his friend's, he wouldn’t be interrupting. “Okay, but only until five, then you come home and I’ll warm up our dinner.”

“Thanks,” he said. He threw his arms around her for a hug. “You’re the best.”

Before she had a chance to ask how things went with the bullies he’d taken off. She shrugged, she was just spooking herself with all the bad vibes. Everything was fine.

She was almost home when she heard a car pull up behind her, and then rolled to a stop next to her. The window slid down to reveal a brown haired stranger. She picked up her step and refused to look to the side. The chills were back. This was what her gut had been telling her all day. Her mother called it intuition.

Something bad was going to happen.

The car kept pace with her. She swallowed and started to run.

Her mother? She stopped and turned to face the side of the car. The man swung the door open, he held his hand out as if to show her he wasn’t meaning any harm.

“I’m so sorry, Carla. You are Carla Morgan?” She nodded and he continued. “Your mother gave us your address and told us what you looked like.”

Her body felt like a giant earthquake was rattling through it, her knees were shaking, and she was afraid she was going to pee her pants. Something was terribly wrong.

“Your mother has been hurt.”

“What?” She looked into the car.

The driver, he didn’t have a look of concern on his face. Her intuition warned her; these were bad men and whatever they wanted had nothing to do with her mother. She’d run. She took a deep breath and spun around and started to run. She hadn’t taken two steps when it felt like a ton of bricks fell on her head.

Oh, Johnny, I’m sorry! I promised you’d never have to find out what you’d do without me. Carla’s last thought before darkness dropped like a curtain.

Here is the Interacting part. Closed for this post:

Leave a comment with your choice of genre, Thanks! To be counted, you must select your choice by midnight May 21, 2016. No more answers will be considered for this post. Answer the questions for the next post starting May 23, 2016.
Labels: Interactive Story

stanalei said…
I think it sounds like a Suspense book.
5:19 PM

Mary said…
Thanks for stopping by. It looks like it's going to be a Suspense story. BUT everyone has until Midnight 5/21 to post their choice.