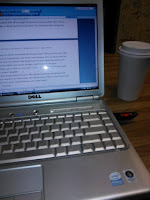 Welcome back. Let’s get started. Oh, wait. Sorry, you have time to grab a plate of goodies and your favorite beverage. It’s a little chilly still, we’ll settle in the Rose House to keep warm. The view is gorgeous though. Ready?

Last week you were asked to pick a genre and title, and while many read the prologue only two visitors commented with feedback. They both said to go with the Romantic Suspense/Thriller and the title is Never Forgotten.

“Whew, I was worried I wouldn’t get the rhyme on that one. Your turn Ted.”

Before his friend had a chance to read his card, his mother called from the kitchen. “Johnny, it’s five. Weren’t you supposed to be home now?”

Johnny looked over his shoulder at the big clock he could see through the arch that hung in Ted’s kitchen. Jeez, Carla would kill him. He’d have to find out what happened with the game next time.

“I like your new game Ted, I’m going to save up my money so I can go see the movie.”

“Yeah, me too, do you think you can this weekend?” Ted asked as he grabbed the box that held the game.

Johnny quickly helped clean up. “I’ll ask Carla if she can lend me some money." Then at the door as he was about to leave, "See you tomorrow at school. Bye Mrs. Chambers.”

It was only a few minutes from the Chambers home to get to his house. His mother wouldn’t be home until it was time for bed. He didn’t like it, but he was used to it. Carla would help him with his homework after dinner. Then he’d have to take a bath before he could read his book. He wished they had a television, but the old crappy one they had broke a month before. His mother said they had too many other things they needed, apparently, more important than a TV.

Ted had a color television, and he could buy new games like Jamanji. Some day when Johnny was big, he’d get a good job and buy all the thing he wanted. And he’d buy them for his mom and Carla too.

Johnny sighed as he reached the door. He turned the knob, but it was locked. That was weird, Carla always left it open for him. He knocked on the wood panel, “Hey open the door.”

Maybe Carla had fallen asleep after her homework. He yelled and knocked a second time. Nothing. Carla must have really worn herself out with her program today at school. He shrugged and started around the house. They had a hiding place with a spare key he figured his mother would consider this to be one of those situations where the key was needed.

He had been instructed never to us the key unless it was an emergency situation. His mom said you just never knew who could be watching and see where the key was hidden. When he reached the back yard, he had to wade through the foot high weeds; he figured the grass hadn’t been mowed since his dad left. He didn’t even remember the man.

Johnny looked both ways, making sure none of his nosy neighbors was watching. He found the key and unlocked the door, looking around again he replaced the key before he went inside.

He threw his backpack on the table. Walked to the hall and hollered, “Hey Carla?”

When she didn’t answer, he went to the fridge pulled the door open and found their dinner still in the cover dish their mom had left. He might as well get it started. He went to the stove and turned on the oven to heat up the way his mom had taught him. Sometimes Carla had school stuff and he had to fend for himself as his mom told him.

Once dinner was in the oven and heating, he went to Carla’s room to wake her up. But his sister wasn’t in her room or his room or the living room. She wasn’t home. Then he looked for her backpack and jacket. Hadn’t Carla come home when he’d left her to go with Ted?

Where could she be? His tummy stirred, sort of like that time he had the flu and he was sick all over the carpet.

Who had stuffed cotton in her mouth? Carla swallowed and tried to push the cotton, or whatever it was, with her tongue but nothing was there. Her mother used the saying sometimes my mouth is dry as a dessert and that was exactly what her mouth felt like. Her brain wouldn’t work either, she tried to relay a message to her eyelids to open, but they just wouldn’t obey.

What was going on? Think Carla. She remembered bits and pieces of things. The car… Then a woman’s voice, images of a room, a car again—different than the one by her home.

Finally, she was able to open her eyes and look around. There were several girls around the room chatting. Her gut told her not to let them know she was awake. Her mother had told her always follow what her tummy told her, and it said to appraise the situation to be prepared when they, whoever the people who took her were, found out she was conscious.

She’d never been in a dormitory, but she imagined the room was what one would look like. Bunk beds lined the walls she moved her head carefully so no one would notice, but mostly because her head felt like it was going to explode. She counted eight of them, and taking in the number of groups of girls, sixteen girls would be about the right number for the beds.

A pretty blonde girl grabbed the hand of a petite girl who looked about Carla’s age and together they came to the edge of the bed and stared down at her. The smaller one smiled at her.

“Don’t be afraid, it’s not a bad place,” the blonde told her.

Carla struggled to a sitting position, then sat very still until her tummy settled and her visions stopped waving. Swallowing down the sick that threatened to come up and land most likely on the two girls pretty shoes, she drew in a breath and counted to ten before she let it out.

“Don’t worry you’ll feel better after Miss Naomi gives you a tablet and some food,” the smaller one said.

“What is going on? I need to go home.” She looked around and noticed everyone had stopped talking and listened. “My little brother will be afraid.”

“Miss Naomi will give you instructions.” Then the girl repeated, “don’t be afraid.”

Carla didn’t like this at all, she was more than afraid. She was terrified.

“Well it looks like our new friend is awake.”

She turned her head too fast and had to close her eyes again. The brief glimpse registered twinkling jewelry, and the woman was tall. When Carla felt she could move without breaking anything or disgracing herself by throwing up, she carefully opened her eyes, tilted her head and stared at the most beautiful woman she’d ever seen. Even the movie stars in the magazines she’d thumbed through at the store didn’t compare.

The woman folder her arms, and gave her a sad smile—Carla’s mom said that sad smiles like this woman’s were usually fake and to watch out for what would happen next.

“I’m afraid your mother had an accident at work,” she said. A tear slid from the corner of her eye. “I’m so sorry but your mother didn’t make it.”

Pain so intense hit Carla’s stomach. A weight on her chest wouldn’t allow her to breathe. The room dimmed.

Someone was patting her hand. She tried to shake it off but whoever it was just kept up the pat, pat, pat. A low buzzing accompanied it something that sounded like “wake up,” pat, “wake up,” pat…

Carla pulled her had away and opened her eyes. “Stop that.”

“Good, you’re awake. I’m Miss Naomi and I’m going to get you some food. You’ve had a shock.” The woman had been sitting on the edge of the bed, she stood and pulled Carla to her feet. “Come with me.”

“Not until you tell me where my little brother, Johnny, is.” Carla sat back on the bed and refused to move. The woman tried to pull her to her feet again. As her mother had told her, she could be stubborn. Until she got some answers, she wouldn’t be moving.

Carla actually felt her eyes widen, the two men weren’t just big, there were huge both sported gleaming baldheads. They reminded her of perfectly round scoops of ice cream; one vanilla crème the other chocolate fudge. Her eyes dropped to their wide shoulders, and then their muscled waists where gun holsters rested on their hips.

If she were going to get away and help her brother, it looked like she had better cooperate for now. Carla pulled herself up and stood, when she wobbled Miss Naomi gripped her arm.

“Much better. George and Michael are here for you safety. You needn’t be afraid of them.”

But the look Miss Naomi gave Carla was clearly a warning. If she didn’t do what she was told, she would have to deal with the two men.

Carla now knew that nothing had happened to her mother or her brother. But then she’d known that when she decided to run when the car with the men had pulled up next to her.

She’d been kidnapped. Why? She would find out when this woman, who now reminded her of Cruella De Vil, felt it was time.

The next post on 5/30/16 will begin the first chapter when Carla is an adult. Don’t worry details of why she was kidnapped and what happened will be revealed.

First, we have to figure two things to continue. 1. Her new name. 2. What profession will she be when the story continues.
Here are your three questions:

Remember if you do not answer the questions, then I get to decide.
Voting for this post is now closed.  Comment on the blog.
Labels: Interactive Story

stanalei said…
I'd be curious to see what would happen if you made her 2. A Physician
3:45 PM