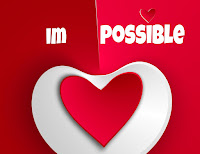 Welcome to Mary's Garden where imagination blooms. Our quote today:
“I like the impossible because there’s less competition.”
~~Walt Disney

As I said last week I will be sharing with you some of my favorite authors. So please meet Judy Baker. She also writes as Anna Sugg.

I met Judy years ago when we were in Utah Romance Authors of America together. We have been friends since. We have joined in on promo for many things and currently we have a... I'll safe that for last. First let's hear about Judy. 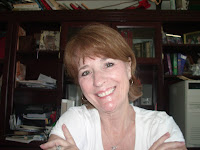 Judy Baker is an author of historical western romances/suspense novels. She’s been involved in many writing groups including National RWA, Utah RWA, and the Music City Romance writers of America in Nashville, Tennessee. She has presented a beginners writing class during the National RWA, Florida Conference, and taught classes for adult writers with the West Jordan Community Education District.

Judy and author Mary Martinez have joined in presenting a Writing Series workshops throughout the country at many conferences. If you're interested in our workshop, just contact me or Mary Martinez.

Judy's Personal Life
​Baker grew up in the Tennessee, but has lived much of her life in the west. Mov​ing to Nevada to teach school, she was compelled to write the stories that filled her head. She now lives in Utah with her husband, Brett and three furry kids, Stanley, a Lakeland terrier, Charlie Daniel, an Airedale terrier, and, Bruce, an eighteen pound cat.

When not writing, she enjoys RVing with her family, stargazing through one of her many telescopes, digging in her wildflower garden, and golfing, or just swinging on the patio while plotting her next story.
She’s also an avid fan of coffee, tea and the ocean.

And her newest release:
A Revolutionary War Romance

​The Quartering Act
Katherine Heaton, a young patriot woman, stares into the eyes of the Redcoat officer standing over her father’s lifeless body. Stunned at what she has just witnessed, there is nothing she can do when the soldiers haul her brother away for hanging a British Stamp Agent. Devoted to her brother, and the cause, she will help him fight for independence.

Captain Jeremy Burke, officer in the King’s army, arrives in the New World and discovers the colonies have an elegant simplicity that surprises him, especially the beautiful Heaton woman. He has never had a problem with self-discipline, until now.

​The painful road of time, separate lives, and war require determination and courage for two enemies to embrace a love so powerful and forbidden.

And if you like Romance? Check out Anna Sugg:
Her Yellow Creak Novels see here...
Her Christmas books see here... 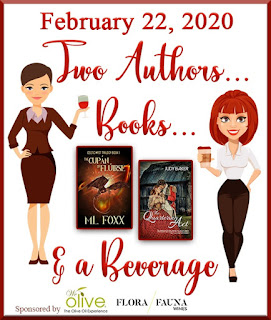 You can find out how to join in the fun on our event page...
Hope to see you there.

Next week it will be all about my new release or should I say M.L. Foxx's new release. And then on to more recommended Author's. Thank you for dropping by.
Labels: Books